Frah Quintale, following the success of “Colpa Del Vino”, gives us a sneak peek of his new EP “2004”, releasing his latest single “Gravità”.
The track, whose music video has been entirely shot by the artist, is produced by Ceri and it’s part of the new project called “2004” (made up of 5 songs), that it’s scheduled for October 21 thanks to Undamento and Sounday.
Below you can find “Gravità” music video; furthermore cover, tracklist and the link to pre-order “2004”: 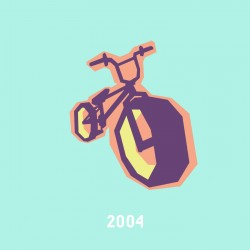